Z
A pearl of the Amsterdam School architectural style, right at the heart of Tuindorp Oostzaan.

Discover ’t Zonnehuis, a beautiful heritage venue in the architectural style of the Amsterdam School. It’s tucked away on Zonneplein, a quiet square in the Tuindorp Oostzaan neighbourhood of Amsterdam Noord. This former community centre dates from 1932, and the authentic art deco interior still exudes the atmosphere of the era.

’t Zonnehuis is used for performances, musicals and concerts, with special attention for creativity, innovation and talent development. The venue is also well suited to conferences, lectures, film shoots, television programmes, workshops and presentations. The nostalgic interior adds an extra dimension to weddings and dinners. The smaller Blauwe Zaal is frequently used for and by local residents, with children’s performances, dance afternoons for the elderly, and rehearsals for theatre groups and choirs. The two spaces can be hired separately.

The main auditorium takes you back to the 1930s thanks to the well-preserved art deco interior. As befits a good theatre, ’t Zonnehuis is fully equipped with facilities such as theatre lighting, a sound system and a stage.

Contact the Stadsherstel team for inspiration and information about the many possibilities of this impressive venue.

A pearl of the Amsterdam School architectural style, right at the heart of Tuindorp Oostzaan.
Bel ons
020 520 0090

Please use this form if you are interested in hiring one of our venues. Complete the form as fully as possible so that we can give you an appropriate answer.
* Due to the current corona measures, different numbers apply and we determine a maximum capacity per event. Please contact us to discuss this.
See our cultural programme to plan a visit to this heritage venue.
From intimate concerts and lively receptions in the main hall, to small-scale lectures and family performances in the Blauwe Zaal… ’t Zonnehuis is a highly versatile venue for the neighbourhood and the rest of Amsterdam. 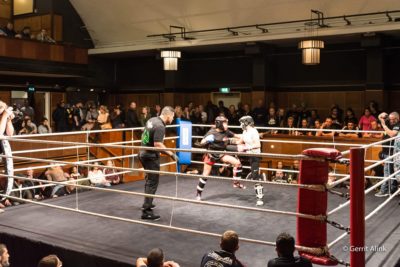 Like all the surrounding brick buildings, ’t Zonnehuis (‘The Sun House’) is in the architectural style of the Amsterdam School, with characteristic brickwork and sunny yellow accents. The construction of the community centre in 1932 provided jobs and incomes for many unemployed people, particularly former dockworkers. It quickly became the centre of local community life, as a venue for sports, amateur theatre and choirs, and the practice room for various local brass bands. This makes ’t Zonnehuis a monument to 20th-century efforts to elevate the cultural lives of working people, and to the working-class history of Amsterdam Noord.

Even the rear of the building is extraordinary, with four beautiful statues in celebration of family. Read more on our history page below.

’t Zonnehuis is a versatile location. Many people only associate it with the impressive main auditorium, but the building also has a smaller, more intimate space: the Blauwe Zaal (Blue Room). This is often used by locals, entirely in keeping with the original spirit of the building. The Blauwe Zaal hosts everything from children’s performances to choir rehearsals and dance afternoons for the elderly. The space can also be hired for small-scale company activities, such as brainstorming sessions and lectures. And, of course, it is perfect to book as a breakout room in combination with the main auditorium. If you are interested in this room, please don’t hesitate to contact the Stadsherstel team!

By choosing one of Stadsherstel’s venues, you contribute to the restoration of the city and the conservation of cultural heritage. In 1993, ’t Zonnehuis was rescued from demolition just in the nick of time. In 2002 it was acquired by Stadsherstel. The beautiful interiors were still largely authentic, but structurally the building was dilapidated. This national heritage building has now been restored to its former glory. Its current purpose still offers space to local societies, as well as singer-songwriters, young theatre makers and people or organisations looking for an atmospheric location for their event.

Main auditorium (photo: Stadsherstel, Gerrit Alink, 2018)
Paradiso is one of our cultural partners. On a regular basis they program singer-songwriters and bands in ‘t Zonnehuis.

See our cultural programme to plan a visit to this heritage venue.

At the Zonnehuis you feel like you’ve left the world behind but at the same time you’re at the centre of things.

Sometimes ’t Zonnehuis is a magical place. Today was one of those days. Everything came together. The staff, the organiser, the snacks, the atmosphere, everything was just right.