Many question whether the inner city of Amsterdam will be turned into a museum now that its Canal District has been registered onto the World Heritage List of UNESCO. Stadsherstel does not think so. On the contrary, the organization has been committed to creating a vital heritage city. Stadsherstel has been actively working in the UNESCO designated protected area, in which approximately 400 of her 500 buildings are situated. To achieve a responsible preservation of urban heritage, a public-private partnership modeled on Stadsherstel offers a wide range of opportunities and possibilities.

On the occasion of its 55th anniversary Stadsherstel will be hosting the international forum Urban Heritage Inc. on public-private partnerships and the preservation of urban heritage, from March 28th until April 2nd. Participants from Russia, Turkey, Morocco, the United Kingdom, Yemen, Tanzania, the United States, Suriname and Indonesia are gathering in Amsterdam from March 31st until April 2nd for an across borders exchange of knowledge.

Stadsherstel has been increasingly approached from abroad by those interested in her working methods and structure. Therefore, this limited liability company wants to not only tell what she does, but most importantly how she does it. The most important question during the forum will be in what way an organization modeled on Stadsherstel could function in other heritage cities. By giving insight in the structure of the organization and at the same time analyzing the state of affairs of urban heritage elsewhere, Stadsherstel aims to answer this question and thus to take significant steps in the preservation of urban heritage around the world. 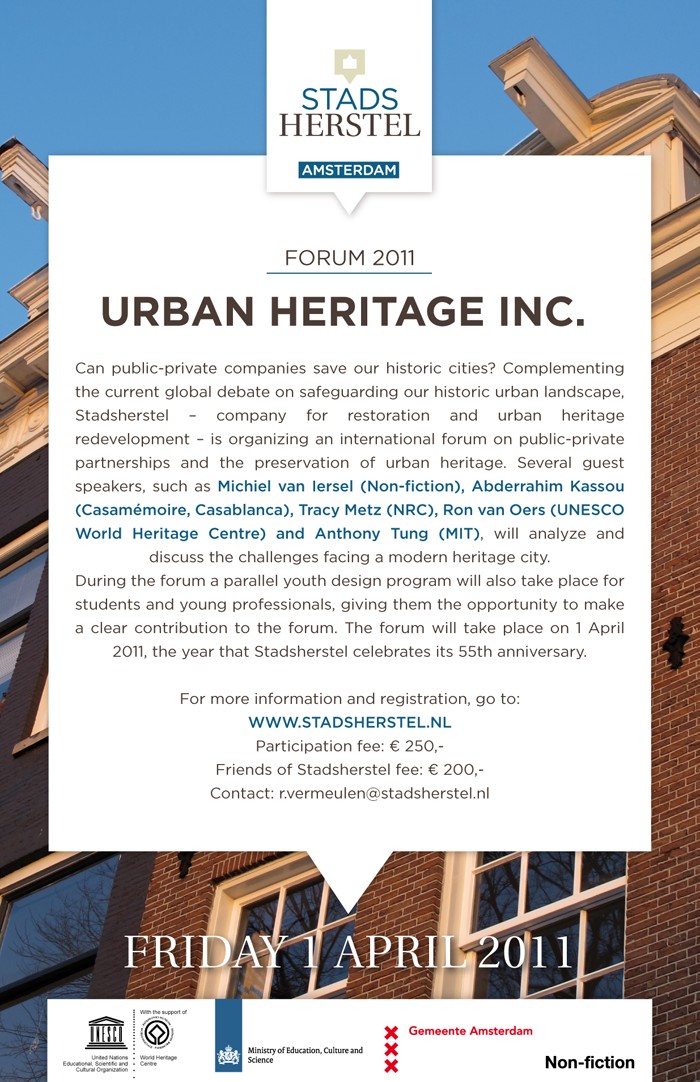 Stadsherstel is hosting the forum in cooperation with her partners the Municipality of Amsterdam, the Dutch Ministry of Education, Culture and Science and the UNESCO World Heritage Centre. Mayor of Amsterdam Mr. Eberhard van der Laan will welcome the participants in his city and Amsterdam Alderman of Culture Ms. Carolien Gehrels will close the forum. Guest speakers from different professional areas are contributing their expertise to the forum, such as Mr. Niek Hoek (Chairman of the Board of Directors of Delta Lloyd and Deputy-chairman of the Board of Supervisors of Stadsherstel), Mr. Ron van Oers (Program Specialist at the World Heritage Centre), Mr. Anthony Tung (New York City based author and urbanist) and Mr. Mels Crouwel (Benthem Crouwel Architects). In order to guarantee and create a healthy future for heritage, Stadsherstel believes it is essential to work hard towards transferring knowledge to and increase participation of young people. Under the wings of Urban Heritage Inc. the youth design lab Hacking Heritage will take place from March 28th until April 1st. Fifty students and young professionals of different ages and from diverse backgrounds will give their vision in teams on the redevelopment of three large, vacant buildings in Amsterdam. During the five-day design lab – co-organized by project bureau Creative Urbans – the participants, aged 16 to 26, will face the basic principles of reuse and management of monuments in an intense and short period of time, giving them the necessary tools to tackle those two important Stadsherstel principles. On March 31st a jury – consisting of Ms. Ellen Brand (Construction manager at the Municipality of Amsterdam), Mr. Koen Vollaers (Manager of Amsterdam venues Club 11 and Pacific Parc) and Mr. Ole Bouman (Director of the Netherlands Architecture Institute) – will choose one winning vision per building. The winning teams will present their design during the public open day of Urban Heritage Inc. on Friday April 1st. On that occasion a public winner will also be chosen among all the visions.

On Friday April 1st, everybody is welcome. The admission fee will be € 190,- and € 140,- for members of the Association of Friends of Stadsherstel. For students it is € 40,-, on presentation of a valid student identity card.

With the support of: 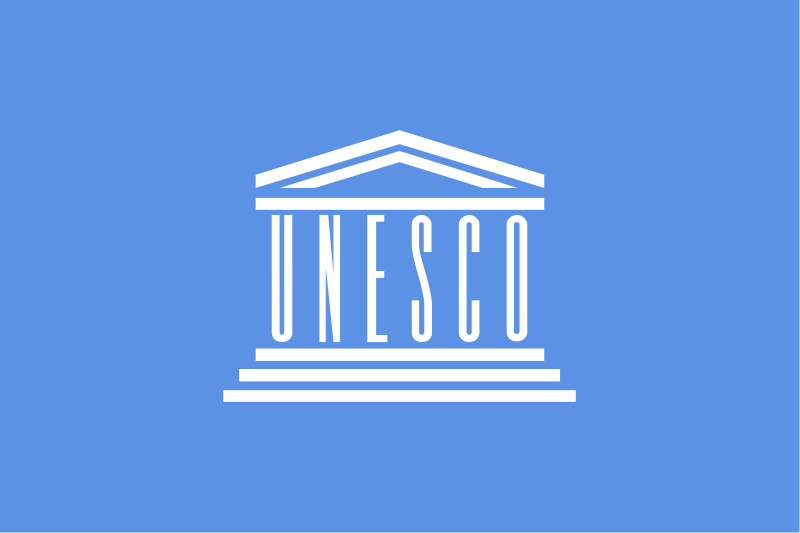