Though less emphasized in Dutch media than the Presidential elections, the upcoming U.S. Midterm Elections in November 2022 are rather relevant for the future of U.S. policies up until the Presidential elections of 2024. In American politics, there is a tendency of the current President’s party to lose seats in Congress – midterms bring rarely good news for the resident of The White House. Again, there are various indicators that the Democratic Party will suffer losses during the Midterms. With Joe Biden’s low presidential approval and many Americans believing that the US is not heading in the right direction, Democrats could lose their majority in the House of Representatives and the Senate.

However, a lot can happen in the coming few months and this might influence the political environment in the U.S. Are the Democrats facing an unavoidable loss? Or are there internal and external factors that could affect the outcome of these elections, such as the growing rate of inflation – Republicans dubbed it Bidenflation – and a potential economic recession, abortion politics or the way the U.S. handles the ongoing crisis in Ukraine? And, if the Democrats will lose miserably, will the Democratic Party be able to dig itself out that hole before the Presidential elections of 2024? These and other questions will be discussed by our panelists Matt Mayer and Bianca Pander. This program will be moderated by Eelco Bosch van Rosenthal.

This event will not be livestreamed. 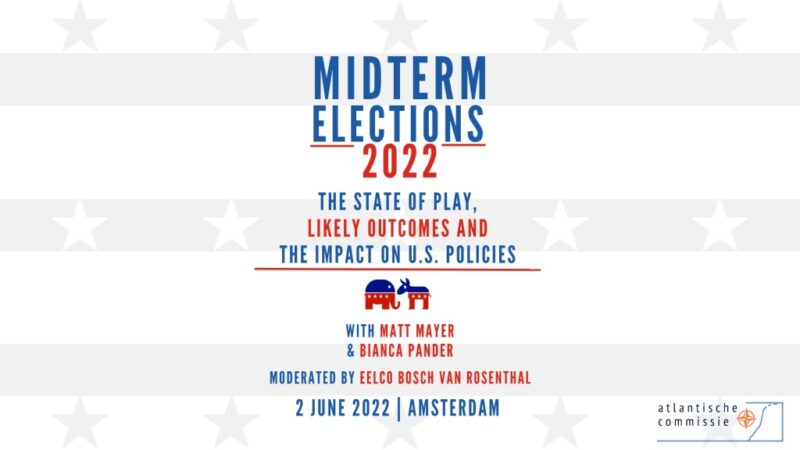